Oxytocin is a hormone secreted by the posterior lobe of the pituitary gland, a pea-sized structure at the base of the brain. Sometimes known as the “cuddle hormone” or the “love hormone,” oxytocin promotes feelings of devotion, trust, and bonding and is released through physical touches, such as hugs, and also linked to the intensity of orgasms during sexual activity.

A 2013 review noted all of oxytocin’s possible relationship-enhancing effects, which were said to include:

For females, it is the neuropeptide responsible for inducing labor contractions in pregnant women and also the “let down reflex,” which stimulates the production of milk during breastfeeding. Oxytocin is synthesized in the hypothalamus and stored in the posterior pituitary where it can be released when needed. 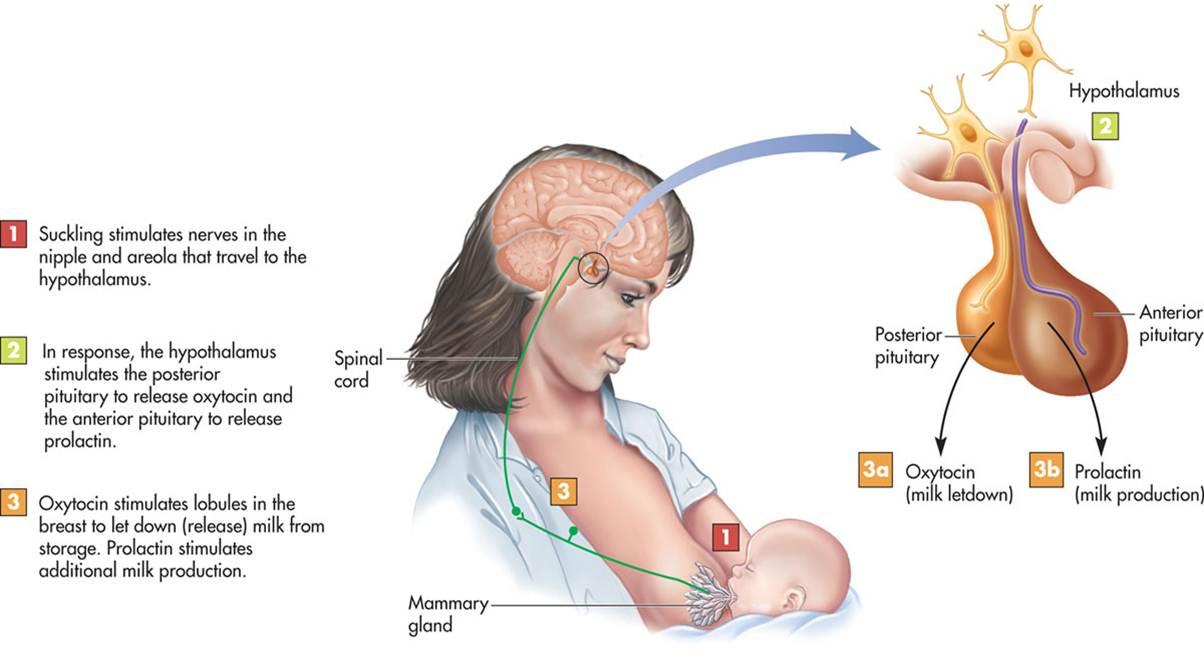 In general, oxytocin should not be used to start labor unless there are specific medical reasons. However, the FDA approves the use of oxytocin for pregnant women who have complications of childbirth, such as:

It can also be used to reduce and control postpartum uterine bleeding with minimal side effects, namely nausea, vomiting, and headaches.

In recent years, it has been suggested that oxytocin may prove beneficial for a number of clinical conditions beyond those approved by the FDA.

Oxytocin uses studied outside of FDA indication include:

Chronic / Acute Pain – Numerous randomized studies have shown promising results of oxytocin use for chronic and acute pain. In addition to activating its own receptors and decreasing pain signals, oxytocin binds to opioid receptors and stimulates endogenous opioid release in the brain. In addition to relieving pain, oxytocin lowers serum cortisol and can produce a calming effect and improve mood.(1)

Oxytocin can also modulate pain by counteracting with psychological features such as calming the emotion of pain or removing the cognitive attention to pain.

Autism Spectrum Disorder (ASD) – Oxytocin has been implicated in the regulation of repetitive and affiliative behaviors and stress reactivity. Therefore, it is expected to be a potential therapeutic resource for the social core symptoms of ASD, since this neuropeptide can modulate human social behavior and cognition. (2)

Hypoactive Sexual Desire Disorder (HSDD) – HSDD is attributed to an imbalance in central sexual excitatory (dopamine, norepinephrine, melanocortin, and oxytocin) and sexual inhibitory (serotonin, opioid, endocannabinoid, and prolactin) pathways. For some, treatment with oxytocin nasal spray has shown to improve the sexual quality of life significantly.

Obesity / Weight Loss – Scientists suspect that one element of the obesity epidemic is that the brains of obese people respond differently to images of delicious, calorically dense foods. Studies have shown that oxytocin reduces activation in the hypothalamus, an area of the brain that controls hunger, and increases activation in areas of the brain associated with impulse control. Thus, some believe that the hormone creates less of a need to eat, reduces the compulsion to eat for fun, and improves impulse control when it comes to actually reaching for that second slice of cake.(4)

Addiction & Withdrawal – Oxytocin has also been used as a potential mediator and regulator of drug addiction. Several studies have shown good outcomes in cocaine, opioid, and cannabis addiction. In a placebo-controlled trial the administration of oxytocin demonstrated efficacy in reducing withdrawal symptoms, anxiety and need for lorazepam in subjects with alcohol dependence undergoing detoxification.(5)

Innovation Compounding can compound oxytocin in a variety of forms such as nasal sprays, topical creams, oral tablets, sublingual tablets, and troches (lozenges). Injectable oxytocin is also available to medical practioners and clinics.

If you’d like to know more about the use of oxytocin for sexual wellness or other conditions, please connect with one of our pharmacists or talk with a physician about your options.

The information contained herein is not intended to replace or substitute for conventional medical care, or encourage its abandonment. Patients should consult with a physician to discuss all treatment options available to meet their individual needs.

Our staff is full of compassionate health care professionals ready to counsel practitioners and patients alike. We’re here to listen to you, research your needs, and provide you with not only medication, but also the knowledge to reach your desired health goals. Mix It Up! Pharmacy Podcast

Get to Know Us (Videos)

Check out Innovation Compounding on Yelp
Information contained on this site is provided as an informational aide and for reference use only. The content herein is not intended to be, act as, or replace medical advice or diagnosis for individual health conditions nor is it making evaluations as to the risks or benefits of particular preparations. Please consult a licensed healthcare professional about diagnosis and treatment. Information and statements on this site have not been evaluated by the Food and Drug Administration.
Copyright © 2022. Innovation Compounding a Revelation Pharma company. All rights reserved. Privacy Policy | Shipping Policy | HIPAA